* This essay was originally published in Mallorn, the annual journal of The Tolkien Society, in Issue 55  (Winter 2014), pp. 27-8. It was part of a series of contributions on Tolkien’s (then recently published) Beowulf: A Translation and Commentary, together with Sellic Spell, by Tom Shippey, Mark Atherton, Britton Brooks, and myself. My commentary focuses on the last two parts of the book: “Sellic Spell” and “The Lay of Beowulf”. 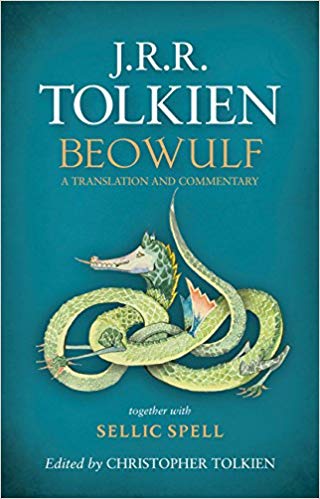 In his landmark essay “Beowulf: The Monsters and the Critics” Tolkien had already recognised (and briefly discussed) the importance of folklore in Beowulf, but mainly to defend the poem against those critics who denigrated it as “a wild folktale”. In this new volume, as part of Tolkien’s lecture notes on Beowulf, the reader gets a much clearer picture of Tolkien’s understanding of the poem as a composite work made up of “two fundamental materials”: “‘Historical’ legend and Fairy Story” (p. 205). Tom Shippey has just discussed above Tolkien’s valuable and original insights into the historical value of Beowulf, but Tolkien’s commentary pays no less attention to the other ingredient of this great epic: folk-lore/folk-legend/folk-tale/fairy-tale/fairy-story (Tolkien seems to be using these terms more or less interchangeably).

The hunt for folkloric sources and analogues has played an important part in Beowulf criticism for over a century, most importantly since Friedrich Panzer’s 1910 seminal study Studien zur germanischen Sagengeschichte, I: Beowulf (Munchen: Beck). Panzer amassed an enormous amount of comparative evidence (more than 200 folktales from all over the world) to argue that the first part of Beowulf was based on a variant of the “Bear’s Son” international folktale pattern, also attested in other Germanic texts such as Grettis saga. (Panzer also demonstrated that the second part of Beowulf was a version of the widespread northern European legend of the dragon-slaying hero.) The “Bear’s Son” tale usually begins with a boy born to, or raised by, bears, who has bear-like characteristics, including super-human strength. The young hero sets out on adventures with various companions, fights a supernatural being which has already defeated his companions, and descends under the earth or under water to finish off the monster and/or fight its mother, often by means of a magical weapon. The hero is left in the lurch by companions who were supposed to wait for him and draw him up, but – of course – all ends well with the hero returning safe and being rewarded.

In Sellic Spell, Tolkien attempted to “reconstruct” a specifically “Northern” version of this folktale, the version that the Beowulf-poet could have heard and used in his epic composition. The title Sellic Spell itself comes from line 2109 in Beowulf (line 1772 in Tolkien’s translation) which Tolkien translates as “wondrous tale”, a significant term, as the “wonder tale” is the particular folktale genre that gave birth to the literary “fairy-tale” that we all recognise today (for a discussion see my brief video lecture on Sellic Spell for the Tolkien Society: https://www.youtube.com/watch?v=XGmeRMUYah4). Tolkien believed that his “reconstructed” folktale provided a good solution to many strange and puzzling elements in Beowulf (not just the monsters!), including:

Tolkien summarizes many of the folktale echoes in Beowulf in this passage, which clearly guided his treatment of the plot in Sellic Spell:

Behind the stern young pride of Beowulf, on the surface credible enough, lies the roughness of the uncouth fairy-tale champion thrusting his way into the house. Behind the courtesies (tinged with irony) of Hrothgar lies the incredulity of the master of the haunted house; behind his lament for his vanished knights lurk still the warnings given to frighten off the new-comer, with stories of how everyone who has tried to deal with the monster has come to a bad end. (p. 206)

In a way, therefore, Sellic Spell is the imagined fairy-story “behind” Beowulf, one of the main building-blocks of this famous poem, alongside legendary history. No wonder that Tolkien’s friend and colleague Gwyn Jones thought that Sellic Spell should be “prescribed reading for all university students of Beowulf” (Scull and Hammond, Tolkien Chronology, p. 292).

Last but not least in this wonderful volume the reader finds one more specimen of Tolkien’s interest in folklore: two “lays” (narrative poems – usually shorter than traditional ballads) on Beowulf’s exploits, both written to be sung to the tune of the well-known folk song “The fox went out on a winter’s night”. Tolkien fans will recognise the metre and rhyming scheme of this poem from Sam’s “Stone Troll” song in The Lord of the Rings (reprinted in The Adventures of Tom Bombadil). Tolkien seems to have been especially fond of this English folk song (versions of which can be traced back to the 15th century) as he used it also for one of the Songs for the Philologists (“The Root of the Boot”, reprinted in Douglas A. Anderson’s The Annotated Hobbit, p. 74). Tolkien’s two Beowulf “lays” show some signs of heroic poetry and strike a melancholy tone towards the end, prefiguring the end of Heorot and Beowulf himself, but the thrust of these verses (especially if one attempts to sing them aloud) certainly rely on the gusto with which “Grendel gnaws the flesh and bone of the thirty thanes of Heorot” (p. 417).