* This is the original first draft of my Times Literary Supplement article “Alan Garner’s The Owl Service at fifty”. The published version (which appeared on 21 August 2017 to celebrate 50 years from the publication of this novel) is slightly shorter – link here. See also here for the archival research on the exact publication date of the novel. For a much more detailed discussion of The Owl Service, see chapter 5 of my book, Celtic Myth in Contemporary Children’s Fantasy: Idealization, Identity, Ideology. 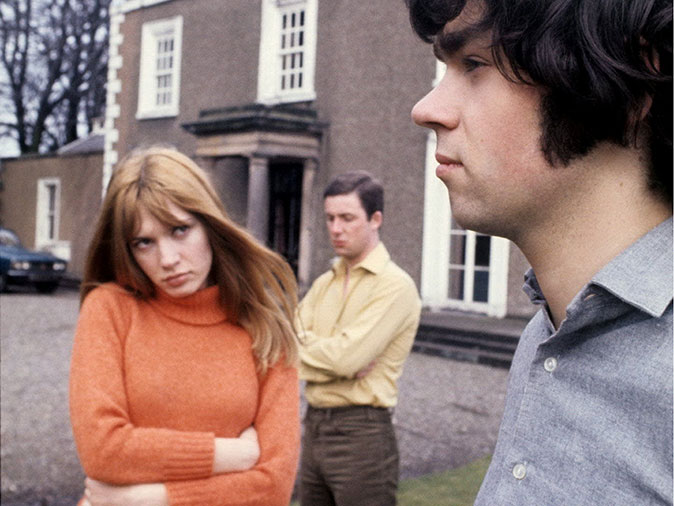 A summer holiday in a claustrophobic Welsh valley, a myth about a woman made of flowers and turned into an owl as punishment, and a dinner service with a strange pattern. These three, seemingly disparate, sources of inspiration came together in Alan Garner’s mind 50 years ago to create a classic of children’s fantasy literature: The Owl Service.

Garner had tried his hand at fantasy before. His debut novel, The Weirdstone of Brisingamen (1960), placed child protagonists in the midst of a great battle between good and evil. The narrative was rather Tolkienesque in style and drew upon different mythological traditions. By the time he wrote The Owl Service, Garner was subverting both the style and the narrative structure of fantasy, creating a distinct voice and a numinous experience. Rather than a quest to save the world from a “Dark Lord”, Garner’s fantasy novel focuses on the angst, loves and rivalries of its teenage protagonists. What is at stake is the home and the family. And what disrupts them (but also offers the possibility of redeeming them) is a coherent mythological tradition: in this case, Welsh legend.

The Owl Service is tightly structured around the last episode of the Fourth Branch of the Mabinogi, one of the earliest tales of the medieval Welsh mythological compilation known as the Mabinogion. Garner was fascinated by the love triangle of Lleu Llaw Gyffes (the man cursed never to have a wife on this earth), Blodeuwedd (the woman who was magically made out of flowers for him) and Gronw Pebyr (her lover). In the Welsh tale, Blodeuwedd conspires with her lover Gronw to kill her husband Lleu, but Lleu escapes his murder, turns into an eagle and flies away, eventually to be restored back to life by the magician Gwydion. Blodeuwedd’s punishment is to be turned into an owl, while Gronw is killed by Lleu with a famous spear-strike that passes through him and pierces a stone.

In The Owl Service, teenagers Gwyn, Alison and Roger find themselves re-enacting the story of Lleu, Blodeuwedd and Gronw. The Mabinogion legend intrudes into their lives: there are noises of an owl scratching above the ceiling in Alison’s room; Roger becomes especially interested in a rock down by the river that has a hole in it; and Gwyn climbs the attic and brings down an entire dinner service with a floral pattern – or an owl, depending on how one looks at it.

As the teenagers gradually begin realizing that the Welsh mythological past is intruding into their lives, they naturally start falling into the roles of the tale: Gwyn takes on the role of Lleu, Alison of Blodeuwedd, and Roger of Gronw. It is only at that point in the novel that we begin to glean a romantic interest between Gwyn and Alison, and a bitter rivalry between Gwyn and Roger. A lot of the tension of the novel, though, boils down to class prejudices, which are – however – very much linked to national and cultural identity. Alison is an upper-middle-class girl whose family owns the big house. Roger is her stepbrother, English and also very middle class, although from a family of “new money”. Gwyn is the Welsh boy, very bright, but looked down upon because of his working-class background and Welsh accent.

Indeed, what makes The Owl Service intriguing, and occupying that liminal space between fantasy and the Gothic, is the ambiguous relationship between the modern plot of the novel and the medieval tale that inspired it. On the one hand, Gwyn, Alison, and Roger seem to (involuntarily) re-enact the story of Lleu, Blodeuwedd, and Gronw. But, on the other, perhaps it is the way their lives (and their very different national, cultural, social, and economic backgrounds) are intertwined in a claustrophobic Welsh valley that has attracted these mythical forces in the first place.

Where Garner breaks completely the rules of fantasy is that he does not allow an unequivocal resolution to the story. At the end of the novel, we are left suspended, as it were, at the moment of “healing”. Rather than Gwyn, the hero we’ve been rooting for, it is Roger who manages to stop Alison’s metamorphosis into the menacing owl-Blodeuwedd. So Alison is saved, but has the curse been broken? Will Blodeuwedd stop haunting the valley? As I have discussed in my recent monograph, Celtic Myth in Contemporary Children’s Fantasy, the TV adaptation of The Owl Service by Granada Television (aired in late 1969 – early 1970) contains an additional scene, scripted by Garner, which gives a rather chilling answer to this question.

The Owl Service broke new ground in fantasy literature. Its haunting quality was unlike anything seen before in a young adult novel. Its focus on class conflict and ethnic and cultural identities (Welsh vs. English) made its link with the mythological past complex, relevant to its time, and memorable. The novel’s writing style, which relied heavily on dialogue (exploiting Garner’s earlier experience as a freelance television reporter), gave it a feverish energy. The Owl Service deservedly won both the prestigious Carnegie Medal and the Guardian Children’s Fiction Prize. It has featured continuously in school and University curricula and it remains a firm favourite in the fantasy canon. At its 50th anniversary, it remains fresh, complex and subversive.