I have just found out that my latest monograph, Celtic Myth in Contemporary Children’s Fantasy (Palgrave Macmillan, 2017), has been shortlisted for the Mythopoeic Scholarship Award in Myth and Fantasy Studies!

The Mythopoeic Awards are divided into four categories, two for fiction, and two for scholarship:

My first monograph, Tolkien, Race and Cultural History: From Fairies to Hobbits (Palgrave Macmillan, 2008) received the Mythopoeic Scholarship Award in Inklings Studies in 2010 and it’s a great honour to be shortlisted again, this time for the Myth and Fantasy Studies category.

I am in really excellent company, alongside books by colleagues Farah Mendlesohn and Mark J.P. Wolf. I actually contributed two entries in Wolf’s edited collection in this shortlist: one on Tolkien’s Arda, and one (co-authored with Andrew Higgins) on Invented Languages. 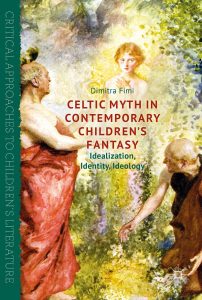 Winner of Mythopoeic Scholarship Award in Myth and Fantasy Studies 2019 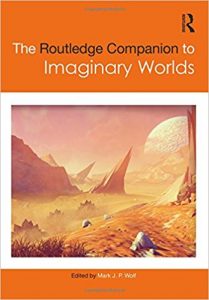 Here’s a link to the announcement the Mythopoeic Society website: http://www.mythsoc.org/news/news-2018-05-21.htm