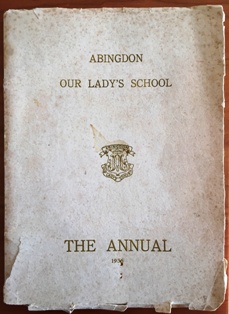 Just a very quick post to respond to the recent hype over the discovery of two “new” Tolkien poems. I am sure you will have seen the news on the Oxford Mail, to begin with, followed in quick succession by BBC News, The Times, The Guardian, and many other newspapers and periodicals. As the really well-written and reliable blog post of the Tolkien Society points out, the poems are not “new”:

What was new to me – at least – was the entire text of “Noel”, which appeared on the Oxford Mail article online and disappeared very soon afterwards! In the quick glimpse I managed to catch, I was surprised with the explicit religious content of the poem – something Tolkien rarely does.

By the way, the title of The Independent: “JRR Tolkien poems in school magazine reveal early version of Lord of the Rings character” is completely wrong! (I suppose the excitement this story caused was a little too much!)

I discussed both poems early this morning in this brief interview on BBC Radio Wales for the Good Morning Wales programme:

An interview with the Principal of the Our Lady’s School in Oxford, where this extremely rare copy of the School Annual was found, can be heard here.