Tolkien scholars and fans alike have been extremely lucky to have witnessed a flurry of recent publications of Tolkien’s works such as The Legend of Sigurd and Gudrún (2009), The Fall of Arthur (2013) and Beowulf: A Translation and Commentary, together with Sellic Spell (2014), all edited by Tolkien’s son and literary executor, Christopher Tolkien. When such new Tolkien material gets published I am usually in the midst of a hectic term, often teaching Tolkien or authoring articles and essays on Tolkien. I tend to read everything as soon as it comes out, but that read has to be quick and quite intense. Being on holiday means that I am able to devote new Tolkien material a much more leisurely and reflective (re)read, so yesterday I spent some time revisiting letters written by Tolkien that have appeared in print for the first time during the last couple of years. In particular, this post has been prompted by two separate publications: a chapter in an edited collection published in Finland last year; and an article in a creative writing magazine published in the UK only a month ago: 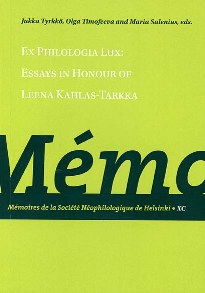 In their essay, Alaric Hall and Samuli Kaislaniemi present for the first time an edition of Tolkien’s 1937 letter to the celebrated Swallows and Amazons author, Arthur Ransome, in its entirety. Extracts from the letter have appeared before, most recently in John D. Rateliff’s The History of the Hobbit, but the essay by Hall and Kaislaniemi gives the full text of Ransome’s letter and Tolkien’s reply and includes a detailed consideration of the background of their correspondence. The essay also offers extensive commentary on the significance of Tolkien’s letter in placing The Hobbit within the context of the extended legendarium. What stayed with me was Tolkien’s claim that it wasn’t appropriate for hobbits and Men to be referred to as ‘mortals’ in the book, because – among other things – the word was ‘too puckish’. Hall and Kaislaniemi speculate that Tolkien may have used ‘puckish’, and hence ‘mortal’, as a term of derision, linked with Puck’s famous exclamation ‘Lord, what fools these mortals be!’ in A Midsummer Night’s Dream. But I am wondering whether Tolkien refers to another Puck here, from an early 20th-century children’s fantasy, Kipling’s Puck of Pook’s Hill (1906). I have been working for a while on Kipling and Tolkien and the affinities of their fantasy writings, and have presented papers at ‘Tolkien at Kalamazoo’ and Oxonmoot on my research so far (see under Presentations) which I am hoping to write up for publication soon. What Tolkien’s remark brought to my mind is this interchange between Puck, the oldest of fairies, and Dan and Una, the two child protagonists of Puck of Pook’s Hill:

‘Ah, but you’re a fairy,’ said Dan.
‘Have you ever heard me say that word yet?’ said Puck quickly.
‘No. You talk about “the People of the Hills”, but you never say “fairies”,’ said Una. ‘I was wondering at that. Don’t you like it?’
‘How would you like to be called “mortal” or “human being” all the time?’ said Puck; ‘or “son of Adam” or “daughter of Eve”?’
‘I shouldn’t like it at all,’ said Dan. ‘That’s how the Djinns and Afrits talk in the Arabian Nights.
‘And that’s how I feel about saying – that word that I don’t say. Besides, what you call them are made-up things the People of the Hills have never heard of – little buzzflies with butterfly wings and gauze petticoats, and shiny stars in their hair, and a wand like a schoolteacher’s cane for punishing bad boys and rewarding good ones. I know ’em!’
‘We don’t mean that sort,’ said Dan. ‘We hate ’em too.’

In this respect, I think Hall and Kaislaniemi are completely right to link Tolkien’s terms ‘puckish’ and ‘mortals’ with ‘On Fairy-Stories’ and the distaste Tolkien expressed in this essay for ‘flower-fairies and fluttering sprites with antennae’, though for me the link comes through Kipling’s, rather than Shakespeare’s, Puck. This much-quoted Tolkienian phrase strongly echoes Kipling’s words above especially as Tolkien continues: ‘that I so disliked as a child, and which my children in their turn detested’. 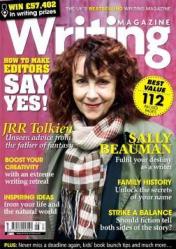 In ‘Tolkien on writing… and me’, Paula Coston talks of her correspondence with Tolkien. Coston’s grandparents lived next to the Tolkiens in Oxford and she exchanged letters with Tolkien when she was an 11-year-old aspiring poet. In this article, Coston prints extracts from Tolkien’s letters to her, in which he offers some insightful words of advice on verse, rhyming and the power of language (especially the significance of the adjective, a point Tolkien also makes in ‘On Fairy-Stories’). It is really moving to read the sincere and considerate words of a man who was already becoming something of a ‘legend’, addressed to a young girl in response to her budding poetic efforts. What struck me in this article were Tolkien’s words on the rules of (formal) verse, which, Coston says, were memorable due to Tolkien using ‘a humorous tennis analogy’:

Verse is… in many ways like games… The net is just a nuisance; the white lines are silly and unreasonable: all they do is to make some lovely hard hits count as ‘out’. But without them? I suppose you could just swipe the ball where you felt inclined… But actually the most beautiful, graceful and determined strokes are made by those who have learned to obey the rules and still hit the ball with force.

A lovely analogy indeed, but not Tolkien’s own: here, Tolkien actually plays on a well-known and very quotable line by Robert Frost: ‘Writing free verse is like playing tennis with the net down’. Frost, like Tolkien, was a great believer in formal poetry and its adherence to metre, rhythm, and other sound effects (including rhyming) and many of his poems are memorable because of the masterful way he combines form and content. Frosts’s quote dismisses ‘free verse’ as poetry without any rules (an overgeneralization, to make a point) and Tolkien builds on that to describe the sort of (formal) poetry he liked to write: alliterative verse, rhyming couplets, and numerous poems with complex rhyming schemes, unusual metres, etc.

Tolkien, J.R.R. (1983) The Monsters and the Critics and Other Essays, edited by Christopher Tolkien. London: George Allen & Unwin.

One thought on “On Hobbits and Poetry: Musings on Newly Published Letters by Tolkien”