The last few months too many things have happened that I have not managed to report in a timely fashion – I have been getting into the habit of using facebook for daily and weekly updates, so feel free to subscribe to my public updates if you want!

Last September I attended and presented a paper at Tolkien Society’s annual September gathering and conference in Oxford, Oxonmoot (Lady Margaret Hall, 23-25 September 2011). The conference included a series of interesting presentations and concluded with Enyalie, an act of remembrance at Tolkien’s grave. My paper was entitled: ‘Kipling, Tolkien and their ‘mythology for England’: from Puck of Pook’s Hill to The Book of Lost Tales‘.

During October 2011, Literature Wales opened and ran Wales’ first ever Literature Lounge in St David’s shopping centre in Cardiff. This pop-up literary emporium hosted an exciting series of literary events including poetry, prose, performance, games, workshops, talks, readings and much more. I contributed a public talk on 13 October on ‘Children’s Literature and Fantasy: From The Water Babies to Harry Potter‘. 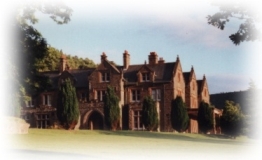 On 11 December 2011, I was delighted to return to Buckland Hall for another Tolkien event, following last June’s Literary Walk on Tolkien’s Wales. A Taste of Tolkien was organised in partnership with Literature Wales. I was honoured to give a lecture alongside highly acclaimed children’s fantasy novelist Catherine Fisher (author of The Oracle Trilogy, Incarceron and Sapphique, and recently named Young People’s Laureate of Wales) and historical and Tolkien-inspired artist Stephen Walsh, whose illustrations have appeared in Harper Collins’ Lord of the Rings postcard collection and the ‘Middle Earth Collectible Card Game’ by Iron Crown Enterprises. Buckland Hall was beautifully decorated for Christmas and the evening ended with extracts from Tolkien’s Letters from Father Christmas and mulled wine! 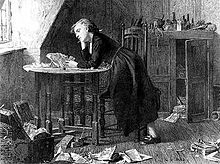 On 15 March I gave the Chatterton Lecture at Bristol’s M-Shed, organised by the UWE Regional History Centre, in association with the Thomas Chatterton Society. My topic was: ‘Chatterton’s Forgery, Feigned Manuscripts and Literary Legacy: The Case of J.R.R. Tolkien’. I read Chatterton’s forgeries as a creative process of inventing a pseudo-medieval ‘secondary’ world and explored Tolkien’s Middle-earth as part of the same legacy of forged/faked/feigned manuscripts, which gave Tolkien’s invented cosmos a sense of historicity. Ultimately, my talk examined the tensions between ‘real’ and imaginary, feigned and forged, history and fantasy. For a more detailed abstract please visit this link.

Last week I took part in two more exciting events. On Tuesday 10 and Wednesday 11 April I lectured on Tolkien and Fantasy literature for the Danish Institute for Culture‘s study tour held at Mansfield College, alongside well-known scholars in the field including Peter Hunt and Michael Ward. On that weekend I took part in the Folklore and Fantasy Conference co-organised by the Folklore Society and the Sussex Centre for Folklore, Fairy Tales and Fantasy held at the University of Chichester (Friday 13 – Sunday 15 April 2012). My paper was titled: ‘”You must’ve heard of Babbitty Rabbitty!”: Fairy Tales and Folklore in J.K. Rowling’s Harry Potter series.’ For the entire conference programme please visit this link.

Meanwhile, Janice Bogstad’s and Philip Kaveny’s edited collection Picturing Tolkien: Essays on Peter Jackson’s The Lord of the Rings Film Trilogy was published by McFarland. My chapter, ‘Filming Folklore: Adapting Fantasy for the Big Screen through Peter Jackson’s The Lord of the Rings‘ had a long gestation (it was initially presented as a conference paper for the 2006 Folklore Society AGM and conference – see Presentations) so it was great to see it in print at last! You can have a look at the book’s table of contents via this link – it includes chapters by an impressive array of Tolkien scholars such as Verlyn Flieger, Michael Drout and John Rateliff.

Last but not least, my latest research article in an academic journal was published a few weeks ago. Not on Tolkien this time, but on a Greek children’s author whose literary fairy tales were an important part of my childhood reading: Penelope Delta. Penelope Delta was a diaspora Greek who lived in Alexandria (Egypt), Liverpool, and Frankfurt before settling down in Athens. Her literary fairy tales (‘Kunstmarchen’) – like her own upbringing and cultural background – reflect a hybrid status between Northwestern and Eastern traditions, blending Greek elements and Northwestern European fairy-tale motifs. My article is titled ‘Between Greece and Northwestern Europe: The Fairy Tales of Penelope Delta’ and was published in Fastitocalon: Studies in Fantasticism Ancient to Modern, volume II.