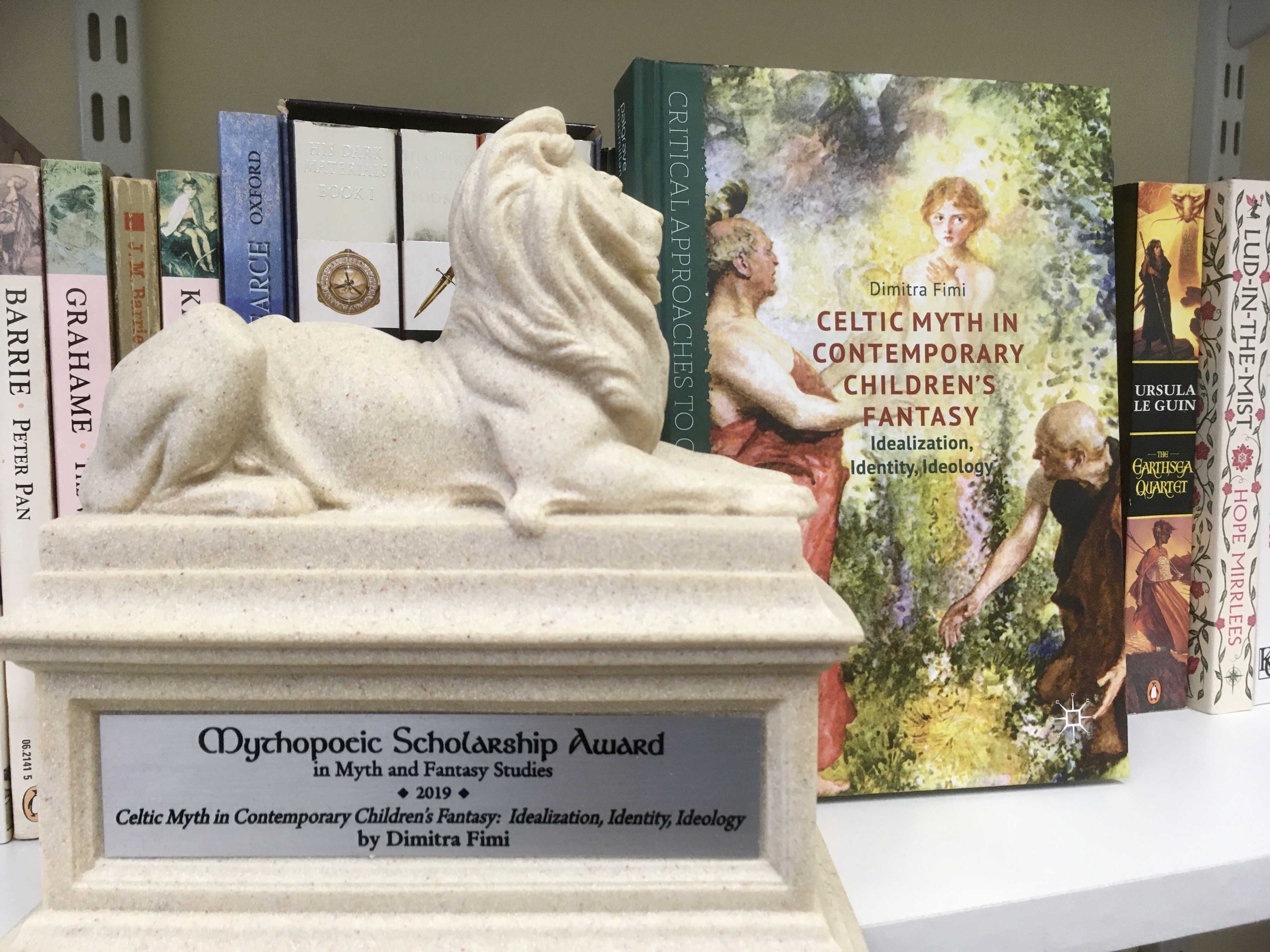 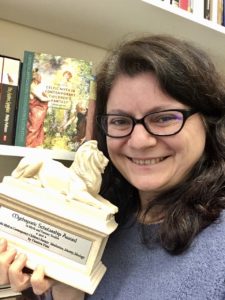 I was absolutely thrilled to find out a couple of months ago that my recent monograph, Celtic Myth in Contemporary Children’s Fantasy, had won the Mythopoeic Scholarship Award in Myth and Fantasy Studies!

This is my second Mythopoeic Award: my first monograph, Tolkien, Race, and Cultural History, had won in a different category: the Mythopoeic Scholarship Award for Inklings Studies for 2010.

This latest award is extra special, not only because my book was in a short-list of very strong contenders (Helen Young’s excellent Race and Popular Fantasy Literature: Habits of Whiteness among them), but also because previous winners in this category are books by brilliant scholars, which I have been using in my teaching and research for years, such as Brian Attebery’s Strategies of Fantasy, Marina Warner’s From the Beast to the Blonde, Carole Silver’s Strange and Secret Peoples, and Catherine Butler’s Four British Fantasists.

Today, my Aslan arrived (hooray!!!), and I have just seen that my acceptance remarks are now on the Mythopoeic Society website:

This book was long in the making, bridging my interests in Celtic studies and children’s fantasy. It brings together concepts and approaches from different fields: folklore, reception studies, fantasy literature, children’s literature, and Celtic studies, in order to explore what perceptions of the “Celtic” mythological past (often idealized and romanticized) some of the most successful contemporary fantasy texts for young readers evoke. During the period of research for this book I made some unexpected discoveries (e.g. the much more Gravesian vision of Prydain in the first draft of Lloyd Alexander’s The Book of Three), and I was very privileged to talk to many of the authors whose work I discussed in the book (special thank you to Jenny Nimmo, Catherine Fisher, Susan Cooper, and Henry Neff). I followed characters into Tír na nÓg, and I witnessed heroic, haunting, or funny semi-divine figures from Irish and Welsh legend walk in modern Britain or USA. I saw young protagonists saving the world (either our world, or a Celtic-inspired otherworld) or finding their identity and inner strength via communing with mythological figures from the “Celtic” past. The journey itself was worth it anyway, but this recognition from the Mythopoeic Society makes this book extra special! Many thanks! Diolch yn fawr! Go raibh maith agat!